This is the last book in the series of eight and Eoin Colfer has promised to conclude the Artemis Fowl saga. I was quite excited when I heard that the serie had finally ended. This has been one of my favorite series and I have been hooked since the first book. 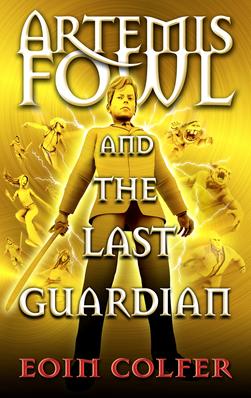 The story picks up right after the events of The Atlantis Complex and features the return of Artemis, Holly and Butler as a team where they have to deal with Koboi’s nefarious plan and keep humanity from going extinct. Like the first book, most of the story takes place on the grounds of Fowl Manor where an ancient gate containing souls of dead warriors is opened. These warriors go on to posses Juliet, Myles and Becket and our heroes must defeat Opal without hurting their loved ones.

The story also brings back several supporting characters such as Kelp, Foaly, Mulch, Juliet, Myles and Becket Fowl. As promised, the book systematically concludes a number of story lines started by previous books while still keeping the reader engaged in the story. The story has to introduce a few extra characters such as Caballine - Foaly’s wife, Nopal - Opal’s clone and Gruff - a troll who somehow finds himself in the story.

Mulch is finally freed from his LEP hassles as he is awarded a medal by the LEP itself. N°1 has an appropriately minimal role where he helps Holly heal by giving her a zap of his special magic. Myles is shown to be equally intelligent as Artemis and knows the periodic table by heart while Becket is mostly interested in blowing things up. Koboi’s younger version from the past is helpfully dealt with early in the book. Foaly is happily married to Caballine who is an expert in martial arts.

The story tries to have its cake and eat it too: by killing Artemis in the end and then re-imbibing his soul into one of his clones six months later. This ending feels a bit forced and is anti-climatic for a series that has spanned eight books. This new Artemis has no recollection of his previous adventures and the book ends with Holly starting to explain from the first book again. Frankly, I expected more from the last book but I guess it has ended for good. Maybe I have grown out of these books now.

After having read all the Artemis Fowl books, I still find the first one to be the best in the series.