Bravo! That’s all I have to say to Rowling. A fitting ending to a fantastic series. This is one of the few books that has maintained its quality consistently throughout the series making for a very entertaining read. 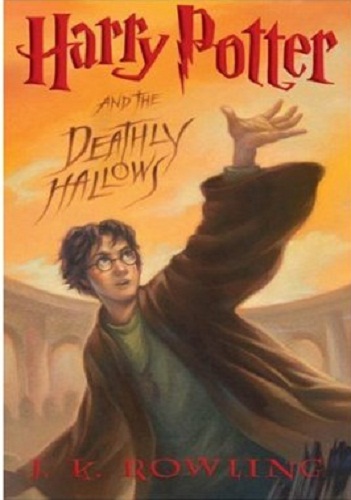 I find it fascinating that a person can think of an ending before even starting work on the first book. But I guess that’s a testament to the author’s capabilities. Rowling had already written the last chapter in 1990 and had to perform a dauntingly imaginative task for 17 years!

ROWLING HAD ALREADY WRITTEN THE LAST CHAPTER IN 1999

An interesting pattern I recognized is that the number of pages keeps growing with each book in the series. This is evidently needed to explain the broader scope of developments as the story progresses. The books also seem to grow along with their audience as clearly, the first book is much lighter in tone as compared to the last one.

At various points during the last three books, you can tell that Rowling had to introduce a number of magical saves to further the plot. This can also be thought of as a gradual discovery of the wizardry world from Harry’s perspective, but sometimes it just gets too convenient. Think: Hermione’s parents, thestrals, silencing charms, twin wands not affecting each other’s owners, jinxing Voldemort’s name, fiendfyre etc. I’ll still let it pass because all of it is consistent enough to not distract from the story and Rowling has probably spent quite an effort on compacting the already tight plot.

The death toll is quite hefty: including notable characters like Hedwig, Mad Eye, Dobby, Fred, Snape, Lupin, Tonks and finally Voldemort. These deaths are the cost of keeping Harry alive throughout the series and are sacrifices made by people close to him for his sake. The wizarding world came together to fight one of the biggest wars ever. War always has casualties and this one is no different.

The author also makes it a point to involve or at least mention almost all the characters from the previous books: Ginny, Luna, Neville, Kreacher, Dobby, Bill, Fleur, Ollivander, Krum, Grawp, Umbridge, Rita Skeeter, Bathilda Bagshot, Buckbeak, Dragons, Basilisk et al. Not being a potterhead, I had to do a double-take when some of the more obscure names came along: Stan Shunpike, Fenrir Greyback, Colin Creavy, Lavendar Brown, Dean Thomas.

Snape’s tragedy is most unexpected and one of the highest points in the story. It is inarguably one of the best twists written in the 21st century. Completely consistent with his character, it never feels artificial or contrived in any way.

The Tales of Beedle the Bard, The Prince’s Tale, Dumbledore’s life and the Bloody Baron’s story make for a particularly rich reading and offer a peek into the unwritten lore of the Harry Potter universe.

Voldemort is obviously very intelligent and knows how to subvert the complete wizarding world through systematic infiltration of the Ministry of Magic. You’d expect the Ministry to have developed some form of safety measure to auto detect and alert people when anybody is Confunded or under the Imperius curse. Gringotts has a waterfall that removes enchantments of all those who pass below it. I’d add this waterfall to the Ministry the moment Voldemort was defeated the first time in 1981 and try to close potential vulnerabilities which exploit a similar attack vector.

Gringotts, the bank is much better protected compared to the Ministry which clearly shows that wizards love their wealth much more than their management and administration. You’d expect more protection when you have large scale pacts like the International Statute of Wizarding Secrecy in effect. The presence of various shops, black markets and uneven distribution of wealth in the wizarding world also shows that they’ve still not managed to escape the harmful effects of capitalism. Common indications of a capitalist sociey are: the Weasleys starting their own venture, various shops selling magical goods and books on a for-profit basis, existence of a bank with special and general purpose vaults.

WIZARDS ARE STILL STRUGGLING WITH CAPITALISM

Rowling also really needs to create some sort of guideline defining the rules of the magical world, a framework within which all the magic in the world operates. There obviously are various mentions of laws, rules and exceptions throughout the series but none are covered in detail and seem mostly ornamental in nature.

I’ve heard that some of the fan fiction is really well done and I’m excited to further explore the fan-made Potterverse. I specifically look forward to some proper definition of the workings of the magic, Harry Potter and the Methods of Rationality, handling global climate change using magic, other wizarding schools around the world, the internet coupled with magic and other fascinating ideas. I can also finally go and be disappointed by the movies.