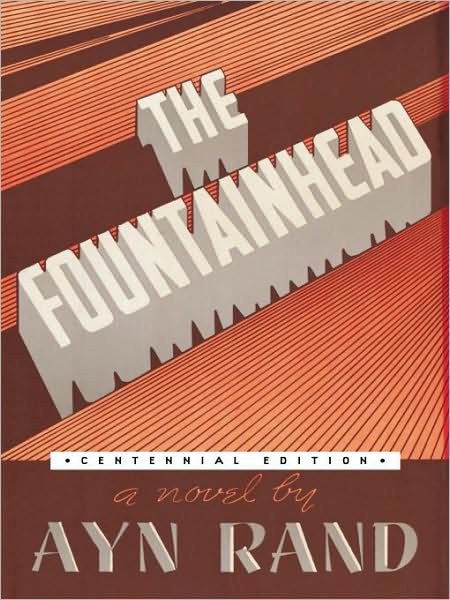 I’m not very adept at discerning between plot-driven and character-driven stories, but this is clearly a prime example of the latter. The whole book is arguably only about building the characters. The process spans a couple of decades and this development effort is central to the effect The Fountainhead has on the reader. The patient rearing and gradual reveals are what make the unconventional characters relatable and the treatment successful. If one hurries this process, it runs the risk of looking artificial and contrived.

Don’t set out to raze all shrines - you’ll frighten men. Enshrine mediocrity, and the shrines are razed.

I find Toohey to be interesting in how he can twist and turn humans to do his bidding. It is also mentioned in passing that Toohey was never particularly good at math.

Toohey’s revelatory monologue helps to convey and clarify his ideology which isnt entirely obvious until later in the book. The monologue is intriguing enough to warrant creation of a small parody handbook/website which outlines the idea in a crisper form. Maybe call it something like “Ellsworth Monkton Toohey’s Guide to the Ultimate Power”.

Genius is an exaggeration of dimension. So is elephantiasis. Both may be only a disease.

The first right on earth is the right of the ego.

He just loves what he does and wants to do only that. I wish real life were that simple.

I personally can relate to Roark much more than any other character. I find it hard to decide if this is the book’s doing or a result of my own thought process.

Roark’s monologue is very well articulated. I’m surprised the court let him speak for so long, especially when he begins his case from a seemingly unrelated point.

Your ego is your strictest judge.

Roark talks about owning things by simply using them. Everybody owns things in their own way, which no one else can steal or share.

I sort-of got this when I was reading it. But it really hit me sometime later when I was staring at a painting.

Pity? Are you serious Miss Rand?

The book’s philosophy on the concept of pity is clearly flawed. When a washed up Keating shows Roark his attempts at painting, Roark looks at them and tells him that it is too late for him. The book describes Roark as having felt pity for him and that it is the worst feeling in the world.

“This is pity,” he thought, and then he lifted his head in wonder. He thought that there must be something terribly wrong with a world in which this monstrous feeling is called a virtue.

Now I don’t entirely agree with Roark here. There’s nothing stopping Keating from doing his own thing. If history is any indication, age hardly matters when you really want to do something.

The author excels at using copious amounts of words to sugarcoat her side and hint how Roark is better. The book never explicitly criticizes Toohey, it recognizes his intelligence and the effectiveness of his methods. But in the end the book presents a lopsided view of the world.

There’s not much ‘story’ in the book. Most of the prose goes into explaining what the characters are feeling and thinking, instead of advancing the storyline. Actual happenings are trivially handled or glazed over when not absolutely necessary. I sense that this is going to be the first of many philosophical fiction books that I am going to read.

Another point to note is that the book spends almost no time explaining Toohey’s thought process like it does for Roark, Keating, Dominique and Wynand. He’s always surrounded by sychophants, an outcome of his own tactics. In fact I can recall only a single instance which describes Toohey alone and desirous: when he meets Roark alone after the Stoddard trial. This narrative detachment is done intentionally in order to delay the cognition of his true intentions while at the same time allowing the reader to feel more in tune with Roark, the book’s centerpiece. In any case, it works well.

Over time the characters feel almost robotic in nature and you begin to wonder if these characters are possible at all in the real world.

I find that the book is comparable to a simulation where a few characters with very rigid, almost robotic intentions are dropped into the real world. Their behaviour is then observed over a period of time and in relation to the field of architecture.

This simulation comes up with very amusing results towards the end. The robots have to deal with love, the law, other robots and keep themselves sane.

I don’t agree with Toohey completely, nor do I agree with Roark. They both represent extremes of a perfect ideology which cannot exist but in a simulation. As I mentioned before, the characters are almost robotic in nature, which is not how the real world is.

Maybe one should do a perusal of history and try to align impactful people on either Roark’s or Toohey’s side. I have a feeling that Roark’s side is going to be crowded compared to Toohey’s. People of Toohey’s temperament tend to be invisible as they’re generally there for the power and not the recognition.

In the end, I am taking the middle road, on a case-by-case basis.

Maybe there is scope for a book that represents both views while showing how a Second-Hander would come out at the top. This may also be due to the fact that I am reading the book almost 73 years after it was released. I may have the advantage of seeing how communism, socialism and democracies have turned out. I wonder how Miss Rand would’ve changed her views in respect to this new world.

The book also notes that the ‘drooling monster’ of collectivism is something that is never going to die and the world is going to keep needing individualist people who’d keep it on its tracks. But on the other hand we also need the collective power to correct the individual fanatics as it is also very likely that brash incompetent individualists are also going to be a product of the system. This is a moral dilemma, as the same individuals may end up producing the inventions and discoveries that Man is so well known for. The book presents this problem in the form of the Cortlandt trial and even provides a partial solution, albeit a convenient one.

Though Dominique’s character hardly fits typical female stereotypes, this book still fails the Bechdel test. Dominique is one of the more under-explored characters in the book. An alternate story where Roark’s character is female or the roles are reversed would also work equally well in my opinion. Why can’t Dominique be the individualist Architect? I’d read the shit out of that.

I can only hope to come up with such appropriate names for my characters.

This book keeps reminding me of the oft-used phrase: “The world is full of people and you have to deal with them.” I always hated it being that way, but there’s not much I or Roark can do to change it. Roark’s case is a contrived example employed to put forth a win on the side of individualism. In the end this book makes you think about “how you think” which is all that matters.