This is the second of the two most recommended readings for anyone doing anything even remotely startup related (the other being Zero to One). 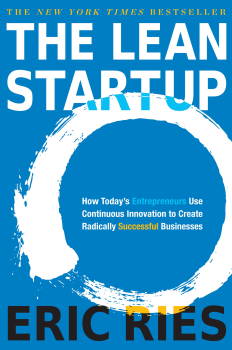 The book has a few important ideas that I’ll try to outline in a paragraph each. Hopefully I’ll actually remember these when the time comes.

All decisions in a given product must be validated by building the smallest possible version of the feature and measuring how it is actually used. It demonstrates the importance of identifying what the users really want from the product, instead of building castles in the air. I can relate to this as I have built many features that no one used.

Split testing is easier to implement in software than hardware. But it is equally useful in both the domains. When you have one or more new ideas, the point is to try all of them and measure behaviour across both variants. It helps you identify if the new thing you’ve built actually performs better on the basis of metrics that are covered in a later section.

This one also applies easily to software, but can be adapted to other fields given some effort. Essentially, you must avoid piling up large batches of changes and should instead get any new features out as soon as possible. Waiting to deploy a feature that is otherwise ready is just delaying the inevitable. Waiting too long can often compound other issues caused by a different change in the same batch. The smaller the batch size, the lesser things you need to worry about per batch.

On deciding what kind of metrics you should use when measuring progress, you should be aware of metrics that are generally feel good in nature or would always grow regardless of the actual situation. These metrics tend to be represented by a single number without much context and paint a happy picture.

Some examples of vanity metrics that come to mind are: total number of signups till date, hit counters on websites, no of tweets etc

Actionable metrics are better in that you can actually take a decision on their basis. Not all metrics may be actionable, and that is often an indication of how useful they may really be.

Sometimes adding more context to the existing vanity metrics can reveal the hidden information. For example,

Knowing what engine of growth you’re aiming for your company is very important. It is critical in helping you decide which features to build first, who should your first set of users be and what expectations should you set for your users.

Note that the analogy of an engine for growth does not make any claims about the guarantees it makes. The analogy should be taken with a grain of salt.

In this form, the user derives some value from using your product and that intrinsic value itself keeps the user engaged. This is possibly the purest form of growth you could hope for. It relies solely on the ability of the product to do its job well and the user to see value in its result.

This engine comes with its own version of the chicken and egg problem, where you need good content to attract new users but you need good users to generate good content. One way to solve this is by bootstrapping the system with a few choice users who may be provided extra incentives to use the product for their content creation.

This is the pricier approach but can be very successful if done correctly. It is generally feasible when the value of an acquired customer is higher than the price paid per acquisition. Once you’ve figured out the finances, it is basically paying or incentivizing your users in a variety of ways so that they keep using your product.

This often manifests in the form of referral programs, cashbacks, discounts, affiliates etc

After reading so much about what to and not to do so that you have a decent chance of succeeding, the most ironic thing is that there is no easy way to verify whether you have actually learned anything. The only way to work on this is to go ahead and apply the ideas mentioned in the book and see if they work for you.

The real takeaway here is the author’s attitude and style of thinking. It should prepare you for facing whatever challenges that arise as you build your company.