Angler’s Rest, a pub(-lic house) in London, is the hangout spot of the author and the titular Mr. Mulliner. His stories of all the weird things that happen with his relatives are a source of constant amusement to the author and other patrons. Having always heard people mention that Wodehouse was their favorite English humour, I decided to give it a shot. 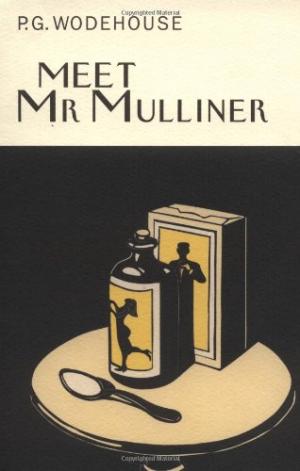 The style reminds me of other British comedies that I’ve read and seen which includes Jerome K Jerome, A Bit of Fry and Laurie, Monty Python, Hitchhiker’s Guide and even Charlie Chaplin.

The many peculiar relatives that Mr. Mulliner has, are all quite awkward and end up in situations that are awkward to say the least. The Mulliner anecdotes are different in that they have less of the clumsiness and more of the believable. The short story form works well here because each character is a new one and you’re as unfamiliar with them as the author.

I don’t have much to discuss about the actual content of the short stories. I’ll instead try to expand on what (in my experience) tends to characterize the classic British comedy. Patterns that I have noticed are:

All that being said, I’ve also seen modern English art forms digress entirely from the above pattern and the observations seem to be biased towards the 1900s. An excellent book to pick up and enjoy in a couple afternoons.