Happened to read this book around the peak of the blockchain frenzy. I went in expecting some insight on how stock markets worked, instead what I found was a romanticised recounting of a stock operator. I later found out he killed himself. 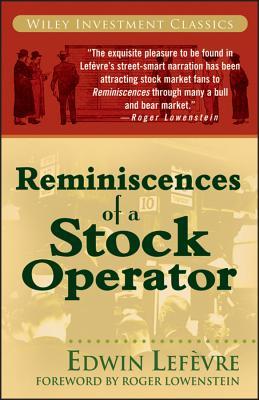 The book pretends to be an autobiography of ‘Larry Livingston’ but is actually a biography of Jesse Livermore, an American investor. He was known for relying heavily on his intution instead of any formulaic approach in making his trades. This is the anti-thesis of today’s investment scenario where everyone pretends to have cracked the code.

Throughout the book, Livingston discusses various anecdotes where he employs said intuition in deciding his trades. One can think of his time like the old west of the stock market where it was essentially a free for all.

Some interesting notions that he preaches are described to the best of my understanding:

After some thought, I felt that the above ideas were not scaleable for today’s markets or average investor. A few times in the book, even Livingston himself is almost broke and relies entirely on the good will of a few lenders. He needs to constantly reconsider his set of tricks when regulations and various world events keep getting in the way of making money.

All of the above provide enough fodder for a bunch of stories that could be described as thrilling to those who are enamoured by big numbers in their bank accounts. The best way to enjoy the book without getting all pumped up is to treat it as a work of financial fiction.