A man is so set in his ways that nothing new happens for him. He then chances upon a weird programme that requires followers to answer ‘Yes’ to any question/favour asked of them. 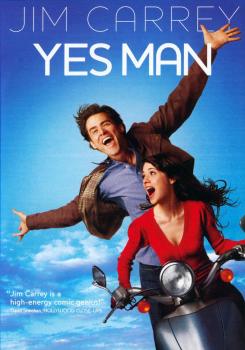 Once he starts the programme he goes through a very contrived set of situations that make him believe in the concept. Things that start happening to him are:

Like any other conventional romantic comedy, the woman finds out about the programme about three quarters into the movie and breaks up with him. It is then his responsibility to earn her back by actually becoming the person he was pretending to be.

They could’ve given the story a much better treatment. Other movies with an unconventional component like The Invention of Lying at least manage to keep the romantic component out of the way or use it to augment the story further. They could’ve done so much more with the given premise but now it is just lost opportunity.

It is very much possible to veil the obviously contrived nature of a story as shown by Forrest Gump. They should’ve at least tried.

And they live happily every after. Obviously! What were you expecting?