This movie is a historically inaccurate account of Turing and how he cracked the Enigma. 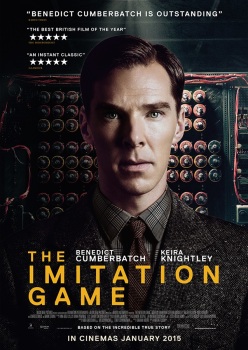 The movie revolves too much around the creation than the creator and is a poor rendition of such an excellent personality.

The movie portrays Turing having a weak spot for the machine that he’s built and does not want to lose it. I believe that this is an insult to his memory as for any mathematician a challenge once solved is solved. The solution is not a prized possession or a gift to be fawned upon.

Turing in his real life moved onto more interesting and better problems instead of crying over a machine. The movie portrays him as a hopeless dying scientist who mourns the loss of his creation when clearly he was capable of better things.

Effectively the film fails at being a documentary as well as a good memoir of the father of computer science and artificial intelligence.

The production of the movie clearly indicates that it was simply a mint to the bean counters. A movie on Alan Turing deserves a lot more love.