I’d heard a lot of good things about this movie. I happened to watch it on TV even though that is not my preferred medium. The movie is quite short as Bryan Mills must rescue his daughter within a 96 hour window. 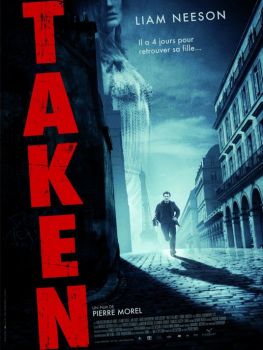 The fight sequences keep you involved and no time is wasted on bullshit. Things keep flowing at a very uniform pace.

The two girls are abducted the moment they arrive in Paris, France and Bryan must plough through one baddie after another to get more information on their whereabouts. The two things that Bryan heavily relies on are his skills and luck.

Luck has a MAJOR role to play in this movie:

Another interesting thing about this movie is that there is no mastermind villian here. There’s no story development whatsoever towards the cartel. From the story’s perspective they’re just bad people who’re in the way and have to be dealt with.

Fortunately the movie still remains enjoyable due to its relatively short duration.

The movie ends just as quickly as it starts as it doesn’t want you to do much thinking. It doesn’t even care to mention what happens to Amanda and her parents since she doesn’t make it back. His daughter Kim also doesn’t seem to wonder what happened to her friend. It does not explain how Bryan and his daughter manage to get back from Paris after he rescues her. Especially after he’s caused so much damage in the city.

The runtime is 98 minutes which makes it a short and good watch.

In the end it is just a guy who wants his daughter back.