Even though the movie is called ‘Big Hero 6’, the story is about a 14 year old Hiro and his brother’s cute and lovable healthcare robot: Baymax. The remaining time is unevenly distributed between the other four members of the team. 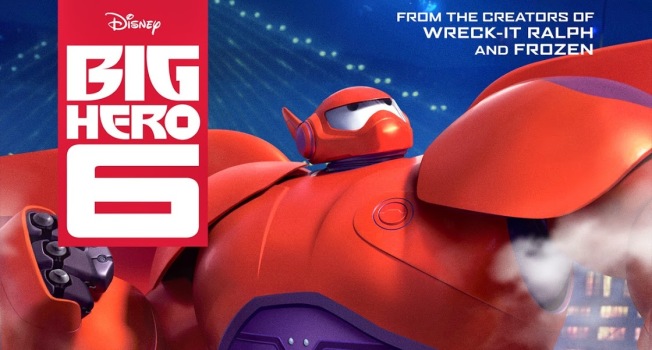 The team is an awfully typical one where you have the main protagonist, a black dude, a tomboy, a nerd and a crazy one. Sticking to the stereotypes is what makes the team completely forgettable. The likelihood of you finding a kid who is a fan of ‘Fred’ or ‘Honey’ is guaranteed to be negligible. Most kids’ll probably forget this movie for the generic superhero flick it is.

Baymax is intentionally adorable and makes for an excellent viewing especially when you’re depressed or have hyper kids and toddlers to satiate. His robotic capabilities don’t seem far removed from where we currently are in healthcare and biped automation ( think Boston Dynamics). I noticed a few inconsistencies though:

The other team members are completely helpless without Hiro and Baymax: not exactly a team is it? They could’ve entirely removed the team and used the extra time for much better things like:

The story also had a real shot at introducing hardware hacking and the hacker culture in general to a large and young audience. But instead it ends up belittling the amount of effort required to come up with the kind of technology portrayed in the film.

The airborne wind turbines and the hybrid city of San Fransokyo form the backdrop of quite a bit of cool artwork during the credits: 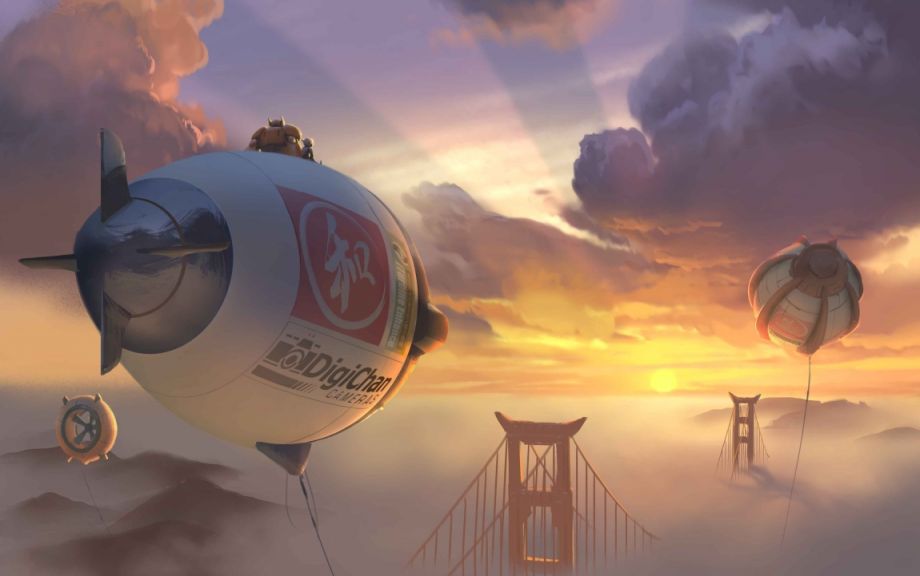 That and the other superb visuals keep this movie going. The story deserves more love, character focus and less superhero trite.