The central theme of this movie is the idea of an immortal God versus the intelligent human. It should be evident that Superman is the ‘God’ while the mortal Batman is the ‘man’. 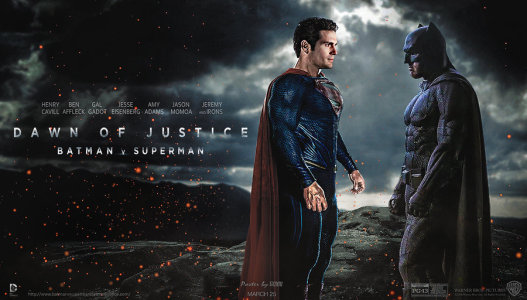 The script pulls and joins the various storylines of well known comic book characters like Batman, Superman, Wonder Woman and others to form the origin story of the Justice League.

To be frank, I did not have a lot of expectations from this movie. And it has helped me because whatever minimal expectations I did have were met quite well. You could say that this was one of those check mark movies where you watch it for the sake of completeness and a first-hand account of the story.

Contrary to the title, the movie is less Batman versus Superman and more about how the world tries to deal with people who have god-like powers. This premise is analogous to the Man-vs-Mutants problem in the Marvel universe.

I’d have preferred if they’d simply called it Dawn of Justice instead of the long-ish variant. But who am I kidding? Most people came to see Batman and Superman fight it out and that was clearly the main attraction of the film. Anybody who thinks otherwise is deluding himself.

On a more relative scale the movie is a straight up copy of Marvel’s bland but extravagant concoction for superhero films. The obvious impracticalities, abundant plot conveniences, blatant fan service and entirely conventional storyline make this movie passé.