I haven’t read any of the comic books and so am not a fan of the Avengers. I can’t help but compare this movie to Batman v Superman. Both movies were released roughly at the same time and deal with the problem of collateral damage and the accountability of superheroes. 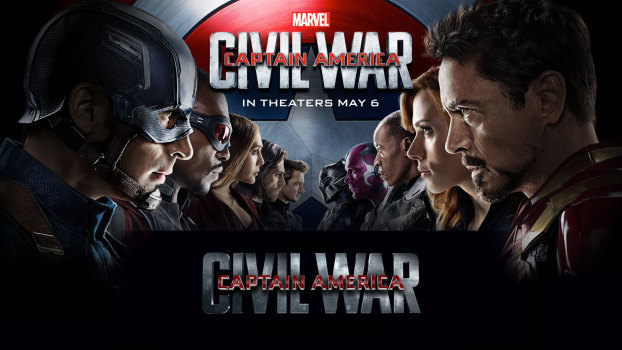 As abundantly conveyed by promotional material, the entire movie is about the conflict between Tony Stark and Steve Rogers on the signing of the Sokovia Accords and the following turbulent combat between two factions led by the Iron Man and Captain America.

It is always interesting to watch a difference of opinion unfold to full blown battles. And the movie is a clear sign that Marvel wants to feed this craving while relieving you of your wallets. In return I ask for more textured characters and effort on establishing the differences. Reasons that would make the audience think. Instead we are treated to the same old revenge problems dipped in CG superhero battles. These conflicts take little work to explain to the viewer and are obvious signs of lazy movie making.

Their simplistic character psyches are detrimental to the kind of superpowers these people hold. Whenever you need more than a couple lines to explain an intention, half your audience is going to doze off while the rest is going to be left wondering if this is a superhero movie at all.

This movie introduces the Wakandan Black Panther and adds others like the Spiderman and Ant Man to the Avengers roster.

Spiderman has a underwhelming role in the movie. I don’t mind this newer, younger rendition of spiderman. But it is a distraction from the plot and the movie could’ve done without it.

This was definitely better than the DC attempt at a superhero clash, but still nothing new.