Ant-Man has the unconventional superpower of being able to shrink in size and grow back on demand; and the ability to control real ants. With a modest attempt at a scientific explanation, the movie runs with what it has and delivers a comic superhero capable of making the audience sympathize with the death of a single ant. 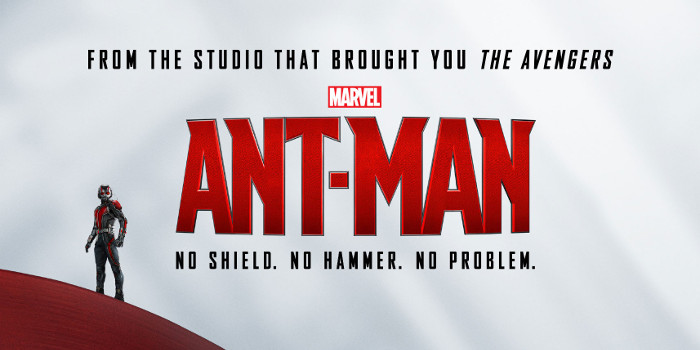 Being able to only shrink and grow in size may seem like a very un-imaginative superpower at first. But it quickly becomes amusing when its implications on the ‘hero vs villian’ paradigm become more apparent.

Various cleverly designed action set-pieces capitalize on the unconventional superpower and deliver a novel approach to the combat scenarios. Particularly, the face-off inside the briefcase, the toy train engine and the tank keychain may be unusual sights for an otherwise action numbed audience.

Scott Lang’s Baskin Robbins job seems like a blatant attempt at ad placement is a touch distracting from whatever fragile attempt at character development the writers were planning.

The actual rivalry between Hank Pym and Darren Cross is readily visible from the beginning. Pym’s plan to sabotage Cross’s operation is glaringly predictable and it is no wonder that Cross also catches on fairly quickly. If I were anywhere close to Pym in terms of wealth and intelligence, I’d plot my personal rivalries in a much more discreet fashion.

Then Hollywood has to insert a love story where it is not needed at all. It is so banal that the characters themselves seem embarrased of their romantic developments.

Another thing that grinds my gears is that the movie decidedly ignores its own scientific explanation behind the shrinking suit and breaks the rules it just explained a half hour ago. I wonder why the writers bothered with an explanation that they didn’t intend to follow at all. Effectively, the ‘science’ here is a pure prop.

A superhero movie needs much more than a few clever set pieces to go beyond Marvel’s status quo. Ant-Man is a decent attempt to one-up the situation, but is held back by its own weight and responsiblity of the Marvel Cinematic Universe.