Retired hitman John Wick receives a dog from his dying wife as a final gesture to help him cope with her death. His mourning is cut short when he crosses paths with the local kingpin Viggo Tarasov’s son, who breaks into his house, kills the dog and steals his car. Obviously this isn’t taken lightly by Mr Wick and the bloody quest to exact revenge is on. 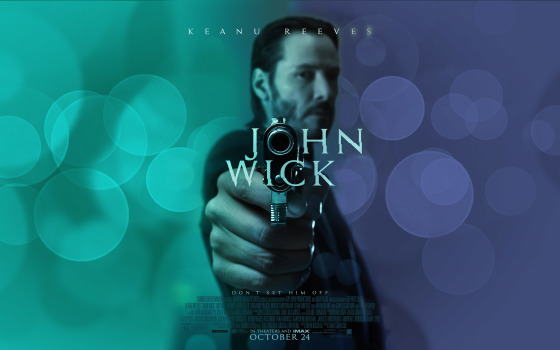 Revenge movies are awesome because you get to see a person perform all the stunts that you’d like to metaphorically do to people you hate. Since you’re already operating in a state of suspended disbelief and looking for cool ways to execute the bad guys, it can be a fun experience. John Wick comes with a compelling cause for revenge but then muddies it up as it struggles to tie up all the loose ends in the limited runtime.

The movie tries to create a rich world of organized crime with its own set of rules, currency, perks and services. Various establishments cater specifically to professional criminals who have need for services like corpse cleanup, on demand medics and special living quarters.

One distinct feature which makes the plot a tad more interesting is that the opponents have no illusion of what they’re up against. It is made abundantly clear that Mr Wick is not someone to be messed with and what has happened is a major lapse of judgement on part of Iosef, the kingpin’s son.

The gunfights may seem contrived or even completely fake as there always happens to be a person wherever John points his barrel. On the other hand the combat also incorporates more practical elements like actually keeping track of bullets, limited ammunition, melee fights in close quarters and realistic healing periods.

The motives of a few characters are completely haywire. Originally Ms Perkins is sympathetic towards John, but then is willing to kill him for a few extra bucks. Marcus takes up the contract to kill John Wick but is later revealed to be looking out for him. John originally is out to get only Iosef, but then goes behind Viggo once Marcus is killed. None of these relationships are developed in enough detail where they actually seem organic to the story.

To illustrate the mayhem, here is a rough chronology of who wants to kill who, and when:

The movie also employs the age old cliché where two rivals will never directly kill each other. The protagonist is always captured and then is left at the so called mercy of the antagonist’s henchman. This very predictably offers the hero plenty of opportunities to escape. Just go ahead and plug his head goddamnit.

Other than the gunfights the only good thing about this movie was the dog and they couldn’t even keep it alive for fifteen minutes.