As a sequel to a really well done movie and given the 4 years of waiting, this one probably had a lot of fans and stakeholders to satisfy. I presume that it was probably a much harder problem to solve because unlike the previous movie, the filmmakers didn’t have any reference to work with. They have no idea of how the future turns out and are going to rely entirely on the predictions of the writers. 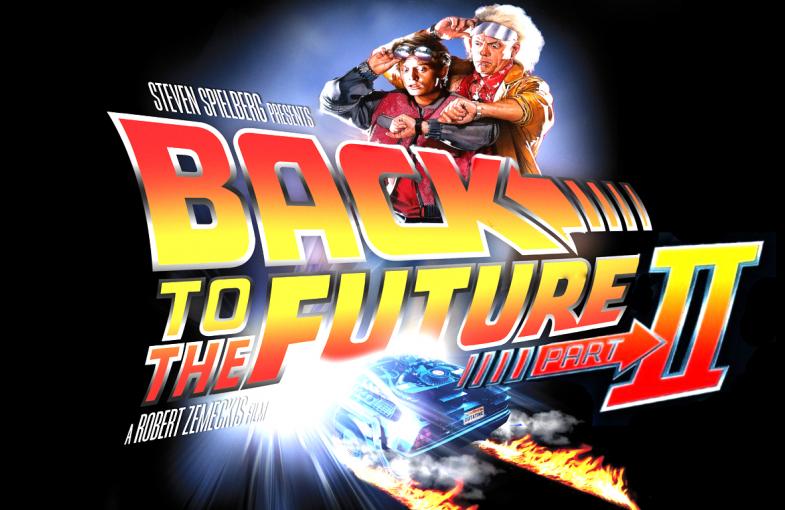 I’d expected the plot to be a simple inversion of the first movie where Marty and the Doc get stuck in the future instead of the past. Instead there’s a lot more time travel in this one, so atleast it is not an attempt at lazy sequel milking.

The time travel map is way more complicated and I’m sure the audience must’ve had trouble with it. The Doc tries his best to explain the idea with the help of a blackboard inside a dilapidated garage, but I’m not sure if it helps. The fact that the story relies entirely on going back to the past that was altered in the first movie, it can leave you a bit confused.

Surprisingly some adult themes are also explored in the botched present that the protagonists return to from the future. George McFly is dead and Marty’s mother, Lorraine marries Biff after running out of money, Biff also coaxes her to undergo surgery to augment her features. He is also seen to be flagrantly cheating on his wife when Marty interrupts him inside the bathroom. Obviously the writers want you to loathe Biff as much as possible.

The movie decidedly portrays women as helpless and reliant entirely on the male heroes. Jennifer is sedated early in the movie and is essentially dead weight throughout her remaining screen time. Lorraine ends up marrying Biff in the alternate present as if she literally had no other way of seeing her life through. The younger Biff back in 1955 casually harrasses a younger Lorraine on the street while others stroll by. This is very telling of the kind of stereotypes the story banks on to make it work.

A valiant effort at a sequel, the movie still doesn’t manage to improve upon the effect of the first movie.