You’ve got mail is basically “Love in the time when email was vogue”. It is set in the period when email and Instant Messaging (IM) had just entered the general public’s usage and were common enough that most people would get it without much explanation. 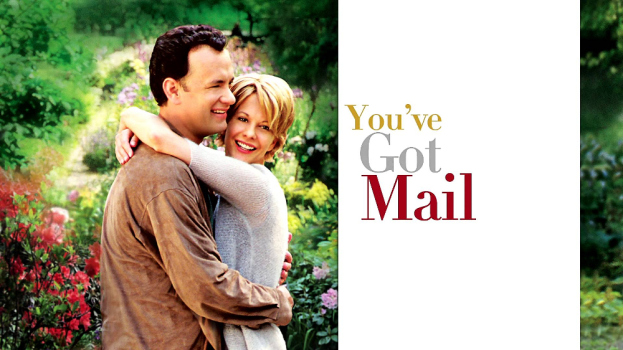 The movie is a decent blend of comedy, romantic chemistry and business stories cooked for just the right amount of time. Online anonymity is central to the plot and in my opinion is a very good example of how it can be cleverly used to hide one’s agenda.

Tom Hanks is the owner of a Big retail Book company. Originally an anonymous pen pal with Meg Ryan, he later discovers her real identity. In an almost troll-ish fashion, he keeps up his online charade even after finding out her real identity. He does it for a variety of reasons, the prime being his love for her.

The movie is apparently pleasant to watch because the leads have good chemistry and I suppose don’t need much direction. Whatever it may mean, it doesn’t make for a groundbreaking story; more like a standard dose of romance when one is feeling down.