Happy is a go-lucky girl, whose escapist habits result in a botched wedding and her ending up in Pakistan. She literally bolts out of awkward situations with express disregard to the outcome, which is abundantly taunted in the film. 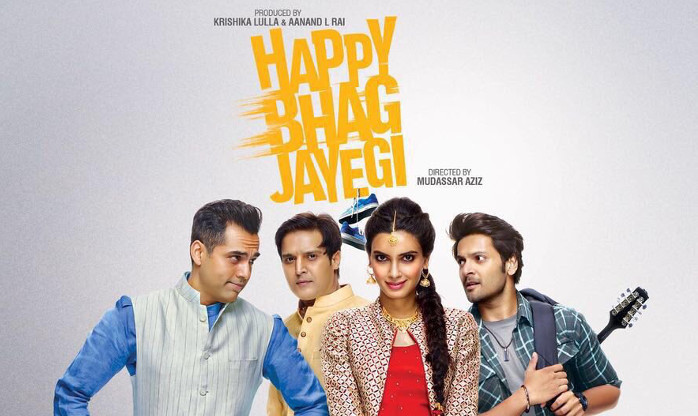 Abhay Deol is originally not sure whether he wants to help this calamity of a human being. He ends up helping her in a confused state of infatuation while already being set up with his real fiancée.

Happy’s original lover is clueless and depends entirely on Abhay Deol for his salvation. He is in my opinion, an accurate stereotype of all that is wrong with the idea of love in this country.

Happy’s gender plays in her favour because if she had been a male, things would have turned out completely different for her. The movie would’ve been pitched as a survival drama about a man who finds himself in Pakistan due to totally realistic reasons. It would be a gritty portrayal of all the problems and border cocnflicts that India and Pakistan have been going through for decades. I challenge Bollywood to write a good comedy script about an Indian male who gets lost in Pakistan.

The film could’ve really done without the supposed feelings that Abhay Deol has for Happy. That and removal of all the songs would’ve made for a much shorter and bearable film. Knowing beforehand that you’re in for an entirely average affair is something you don’t want to experience.