This is another Sanjay Leela Bhansali flick that I managed to pull through (the other being Ramleela). 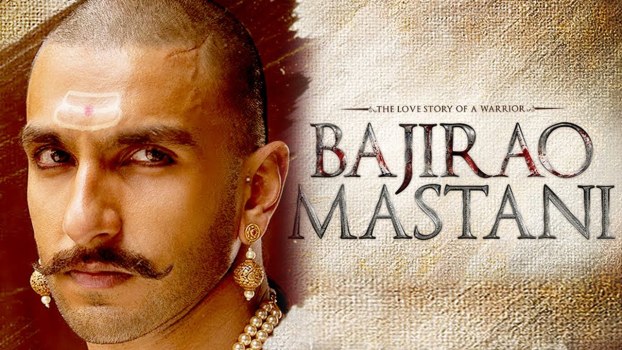 The film begins with a particularly long disclaimer which is something that you have to do in India as a pre-emptive apology to the always offended country.

Since the film describes itself as ‘The Love story of a Warrior’ and subsequently Mastani and Bajirao are warriors who fall in lou with each other. Even though fighting is supposed to be their core skill set, it isnt featured as much in the movie and love seems to be the focal point here.

What the movie does seem to get right is the extravagant interior decoration, the costumes and choreographed dance steps that would blind you in your first viewing. The other problem being that the movie is not worth more than a couple viewings.

Abut halfway through the movie Bajirao is practically an atheist who doesn’t give a shit about superstition. There’s something to take from his indifference to religion when dealing with personal issues. Note that Bajirao has the privilege of being a Peshwa and his position really laxed quite a lot of rules that would’ve exiled normal folk. Later you realize that it is not atheism but love that blinds him and Mastani to religion.

There’s a song where where Mastani dances in a garden to entertain Bajirao. It is implied that the garden is outside, but the skydome CGI is so bad that it feels like a bad haunted house ride. Given the kind of money the producers spend on stuff I am surprised that animation is still so bad.

There’s also the fact that Mastani is an accomplished fighter, but it becomes a mere plot convenience after her first encounter with Bajirao. It could also be considered another failure of the patriarchal society of the time.

Amidst airbrushed and impossibly consistent skin tones and a flurry of dance steps between two conventionally attractive actors, it is easy to get caught up in this romanticised walkthrough of Bajirao Peshwa’s life.