Survival Horror. The genre that doesn’t need a story. All you need to do is bring a cast of big names on board and kill them one by one. Where how great a movie is, is defined by the most creative way the director can come up to kill a beloved actor and his career. 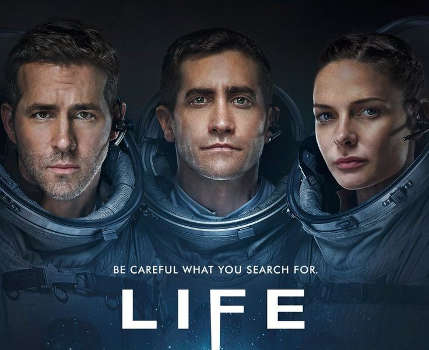 The undestructable alien called Calvin becomes really annoying after a point. There’s no way to stop him and it doesn’t want anything to do with character development. It possesses exceptional intelligence quite early on in its life and shuts up the only Ryan Reynolds in the film.

After the interval you realize that the whole movie is just going to be people dying and you kinda want to get up and leave. In a very Gravity-esque style the last survivor is the only woman on board and is tasked to come down to the Earth. But in a big fuck you to the audience, she ends up being trapped in space forever without any actual explanation of how it happened. While the alien seemingly begins its reign on Earth.