Cute things. This is not Hollywood’s first attempt to pitch two species against each other. There have been quite a lot of movies that try to embattle cats vs dogs, mice vs cats, aliens vs predators; all in an effort to attract cute-chasers. In classic American capitalist fashion, everything in the movie world comes out of a corporation. And this movie becomes the story of BabyCorp vs PuppyCo. 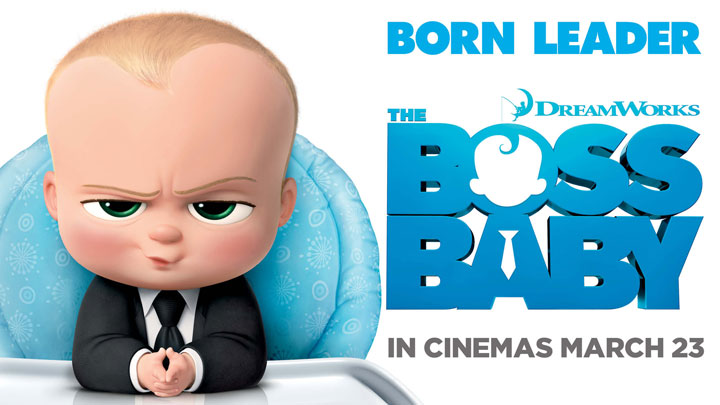 The story is set in a world where babies are manufactured from a company up in the clouds. BabyCorp is managed by the babies, is of the babies and for the babies. And for this reason is managed by babies who are otherwise complete adults. If you simply replace the cute babies who run BabyCorp by normal adults it becomes exactly what PuppyCo is.

The movie decides not to explain why it would be a bad thing if a majority of the amount of puppy love supersedes infant love. It is just a given and justifies a full scale sabotage of the PuppyCo plan. With absolutely no legal repurcussions on BabyCo.

The Boss Baby tends to curse, knows how to solve problems by flicking wads of bills and encourages people by writing a memo all well known stereotypes of upper management. These jokes on corporate culture and the typical MBA mindset are an attempt to acknowledge the adult members of the audience while simultaneously making fun of it.

While the bunch of Elvises trope has been used before, it is one of the best parts of the film. We hear the entire segment described via Elvis’s popular quotes, enunciated in his style.

After successfully spoiling PuppyCo’s plan, the Boss Baby achieves his final object of admiration which is the corner office with a private potty. But then to show a bit of character development, the kid takes a liking to the Boss Baby and vice versa. Ends predictably with both the kid and the Boss Baby becoming brothers.