Unlike most bollywood movies, this one begins with a chemical weapon genocide in the Kolkata metro of all places. One is led to believe that the whole plot is going to be about this initial chaos but it soon becomes irrelevant for most part. 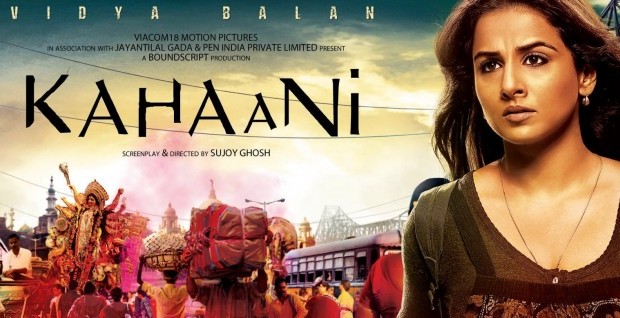 Then this suspicious lady lands into the city looking for her husband. She knows quite a bit about the place even though she’s never actually been there before. Cue spouting of random facts related to the city, the justification of which the script never bothers to venture.

Being a firewall engineer she knows how to guess passwords and hit random keys to resolve issues with critical police IT infrastructure. This gets her the confidence of a local police officer who helps her uncover supposed clues around the city while they leave behind a trail of dead bodies courtesy of a contract killer on their heels.

Mr. Bob, the contract killer is one of the most derivative characters I’ve seen in a while. Within five minutes of his introduction as an insurance salesman, you’ll easily figure out that he is a hitman. His supposedly clean ways of doing things becomes sloppier by the minute. In fact, he gets so careless that he succumbs to an accident while being chased in one of the most anti climatic moments of the movie.

Finally when she’s collected enough clues that lead to her husband’s murderer, she goes and confronts him. In the final encounter she reveals that her pregnancy isn’t real and proceeds to kill the traitor in cold blood. The audience by this point is going What the fuck? in their seats, because the surprise is off the mark entirely. The movie attempts a lazy exposition to sate the audience’s confusion. It spends a full minute narrating the story of how she practiced and planned her revenge of her husbands murder.

While it is understood that the pregnancy is a red herring for the audience as well as the characters, I think the audience should be given a fair chance at solving it. Pouncing the big reveal on the audience in this way almost always backfires and needs a really well written screenplay for it to work. Since this film has neither it suffers from all the problems of the big reveal minus the pros.