Intentionally named after the well known children’s tale of a girl who is molested in her sleep. This version is not much different except for the pre-emptive knowledge and monetary exchange after the fact. 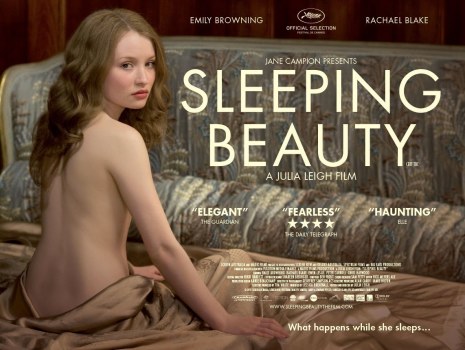 Jokes aside, this story shows how the need for money drives a girl to some quite extreme ends. Initially the girl tries to meet her expenses by volunteering for some research experiments but that money clearly isn’t enough.

After being approached by a special escort service promising good pay, she decides to try it out to see if she’s comfortable with it. In a slope slipperier than anything that I have seen, she is pulled into a much complicated and questionable industry that eliminates her financial problems entirely. Instead much harder and philosophical problems arise as she tries to understand the voyeuristic nature of the industry she finds herself in.

When she finally devises a plan to figure out what happens to her body while she is asleep, it coincides with something far worse and unexpected. It portrays how she finds herself at the deep end of something utterly undesirable all due to her non cognizance of the things she is giving up for wealth.

A major part of the girl’s personal life is taking care of her perpetually sick friend. His company is the only she’s shown to care about and actually enjoy. His death symbolizes the end of the good things in her life and coincides with her rise in the industry. This is even after her financial problems have been sorted.

The plot seems to have arisen straight out of a fantasy of seeing people naked while they sleep. It is also interesting to note that most of the portrayed clientele are old and ( obviously) rich men. The misogynist stereotype here clearly intends to point to a culture that is pervasive in such circles.

There is definitely scope for improvement on what the plot really wants to convey.