The eighth episode in the Star Wars saga. I went in half excited and half hoping they wouldn’t screw it up. As much as I hate to say it, here goes: I TOLD YOU SO. It is pretty bad, and given that it is Star Wars, you’ll never hear the end of it. 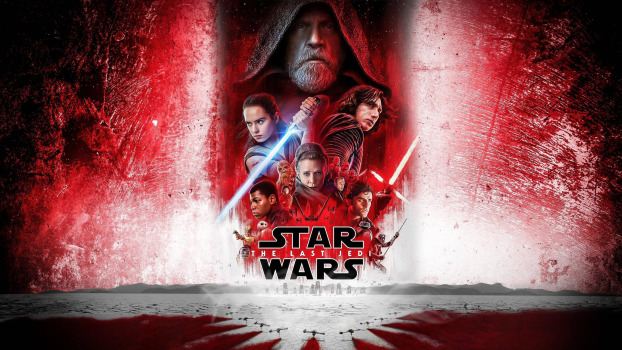 The highlight of this film is that there are no highlights. While a bunch of supposedly important things take place, only a couple actually do enough to move the plot. The rest are fillers and weak attempts at character development for the 150 minute runtime. Most of the characters spend time either being indecisive or barking up the wrong tree.

The writers must take into account the bunch of newly introduced characters and decide to take them somewhere. You know, develop them a bit. Maybe endear them to the audience or make the fans hate their guts.

Instead, a new Vice Admiral Holdo is introduced solely to be sacrificed in the end. For most of the movie, you’re not even noticing her part, so killing herself in the end is not a big deal. Her sacrifice comes as an unnatural development followed by a rushed exposition. We only see her through Poe Dameron’s perspective, who himself causes nothing but a ruckus.

Another character called Rose Tico is added to the already mishmashed plot. She manages to tag along with Finn for his futile journey to Canto Bight to find a thief (another character!). Her purpose is to just get in harms way so that she can be rescued by Finn.

Captain Phasma also dies before the viewer even has a chance to care about her. I’d expected her to take Boba Fett’s place, but the script has no mileage for her.

And finally we have poster boy Luke. His entire job in the movie being undecided about whether he should train Rey. He spends time troubled by his history with teaching Kylo. He is initially against training Rey, but then goes ahead to do it and then instantly regrets it when she tries to explore her powers. During all the back and forth we also see ghost Yoda pop in, because why not?

Finally Snoke, the guy who we’re made to think is the main baddy turns out to be quite stupid. A good master does not allow oneself to be chopped to death by one’s apprentice. Though I don’t know how important that is because all Snoke did was sit around.

Finally, some movement happens and the rebels land on a salty planet and hide in this huge hole where they have these crystalfoxes and you wonder why they’re there. Luke appears but isn’t actually there, but Kylo can see him and tries to kill him with his weapons but it doesn’t work as expected. I expected Luke to die at Kylo’s hands, but he has to die on his own terms for it to be a fan serving film.

In the end, I don’t think Kylo Ren is cut out to be a sith lord. Only a couple characters do something that matters in the long term. Maybe they should try turning it off and on again?