Marvel’s new rendition of Spiderman is fresher, shorter, younger, freckler, pimpler, funner?, whatever. He swings in the suburbs instead of skyscrapers and attends a high school instead of a college. 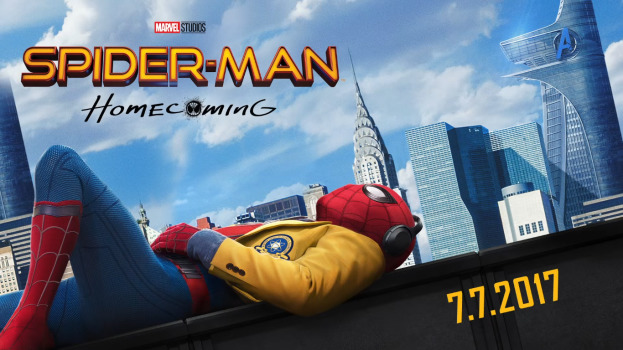 He likes Star Wars and lets his friends play with his suit. He even participates in quizzes. He is friends with Tony Stark and takes from his tendency to barely escape death all the time, every time. While his relationship with his first crush is a disaster, he finally finds MJ in a girl who for most of the movie we’re left wondering is upto what?

Unlike its predecessors this movie doesn’t keep lusting over beauty shots of spiderman swinging through New York City skyscrapers. Instead he spends most of his time in Queens where his ability to swing from tall objects is noticeably hampered, giving way to quite a bit of creative problem solving and at times, comic relief.

While there still are a bunch of cliched moments, I think they can be forgiven with the excuse that they’re the fastest way to get the point across to the audience while still advancing the story. The plot twist where Peter’s girlfriend’s dad is the Vulture was better than what most of the other Marvel movies have managed to come up with. Once it is revealed, everything about the movie just nicely falls into place resulting in a pretty crisp and enjoyable presentation.