I’m not scared to admit that I watch romantic movies when I am feeling lonely. They make me feel nice, probably because of the vicarious effect it has on me. That’s also probably the primary target demographic, you just make these movies for them and they feel good just seeing them. 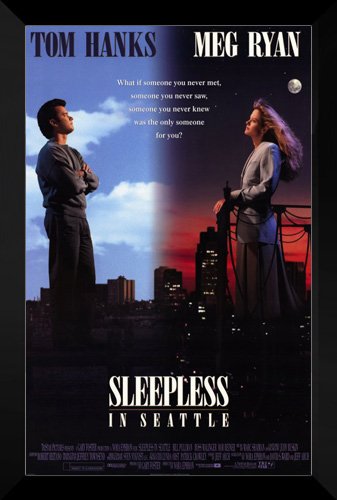 The lead actress often keeps wondering why she doesn’t feel the ‘magic’. Blatant romanticism of the concept of an ideal relationship. This is the exact formula that bollywood uses to peddle its stuff.

The movie also portrays Tom Hanks as a classic old-school type of guy who:

It also has the Nora Ephron usuals like the radio host being unusually forward, characters having an unusual level of competence at using computer for their age and time. It also features a fancy computer UI for sending a fax across the country. The leading lady also manages to use the new company’s internal database of people for her personal gains without any repurcussion. Of course this was 1993, so nobody really cared about computer security back then.

Tom’s kid is pretty witty by even today’s standards of kid wit, and is what finally brings Meg and Tom together.

The movie is designed to give you a mild case of will they or won’t they, which of course resolves in the end.