The “Venom” is an alien symbiote who needs a host to live on earth. Brought to the planet by an evil Elon Musk, he intends to fuck over everybody but then mellows out after finding a suitable host with conveniently gray morals. Clearly wanting the whole planet for himself, he then decides to kill his “team leader” “Riot” to prevent him from bringing his whole species down on the earth. 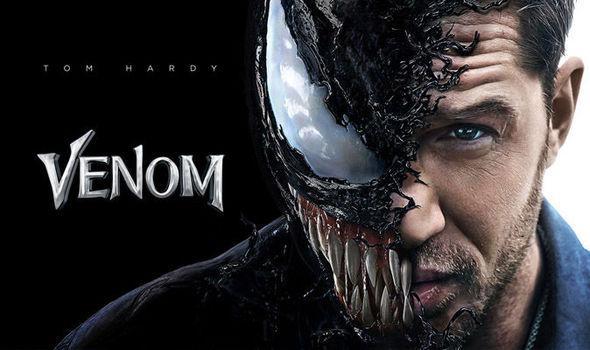 The film aspires to be a passable super-anti-hero action film, but is almost promiscuous in falling for the favorite gotos of the opposite genre. While most unnamed characters are allowed to die without a moments hesitation, the named ones have impervious plot armor. Most of the action is yawn inducing and the humor is always a tad misplaced.

The Musk-like villain that is Carlton Drake has a god complex. It makes him do all the usual billionaire philanthropist shit like posing in front of the camera and making humongous donations, while secretly performing experiments on unwitting test subjects with superpower inducing drugs. In addition, he also has this haphazard behaviour where he will go into unprovoked monologues where he lectures his test subjects (who’re about to die btw), of how what he’s doing to them is “good” for them. That along with the heavy handed references to biblical events leads to a very clumsy villain whose main occupation is to interject with phrases like “Catch Him”, “Kill Him” etc. Over the course of the movie, none of his actions show evidence of his supposed “genius” or “cunning”. In fact, his stupidity is put on display when he agrees to personally take ‘Riot’ the symbiote, back to his home planet.

Moving on, the next most pointless character is “Riot”. Having received no character development, this symbiote is just a globetrotter looking for rockets that go to space. He somehow zeroes onto the Drake guy mentioned above and the two bond to form the antagonist in the final set piece battle.

Finally, Venom, unlike the other symbiote, has gotten “used” to the humans and is totally fine with just hanging out inside Brock’s body. What I don’t believe is that he’s willing to live alone on the Earth, inside another human for the rest of his life. How does his species reproduce? Does he not have a girlfriend? Why does he want to abandon all hope for his species? Does he not have a life? He seems like an outgoing person! These questions are simply not entertained, as the movie bulldozes ahead with its plot.

People tell me they watched it because of Tom Hardy.