Starring and produced by Bob Odenkirk, I picked this to watch after his work on Breaking Bad and Better Call Saul (and Arrested Development). I was expecting something interesting and fun, plus I’d heard that he breaks out of his usual Saul character. At the same time I did not have really high hopes, based on what I’d seen in the trailer. 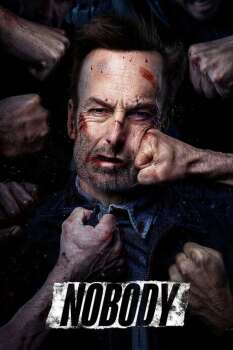 Odenkirk plays Hutch Mansell, a retired bad-ass John Wick-type guy. In line with the series trope, he comes out of retirement to beat up some bullies. But things get complicated in the process and he is forced to beat up bigger and badder bullies than he’d expected.

The setup mostly works and is one of the better parts of the film. The bus brawl has got to be one of the best combat scenes I’ve seen in recent films. Unfortunately, its intensity and rawness set up a misleading tone for the remaining film. We hope to see how he manages to trump or work upon the set precedent and are then disappointed to find an almost comedic over-the-top gunfight. Essentially, the film has a consistency problem where the beginning is just so amazing, that it has a hard time matching that encounter satisfyingly.

Having set up the first act, the movie thinks it is okay to rely on every action movie genre trope in existence, in lieu of a story. We see the villain publicly disembowel a business partner, only to tell the audience how much of a badass he is. People cower on seeing Hutch’s tattoo, and we’re simply expected to understand why. Hutch has a huge stash of weaponry in specially designed hiding places throughout his home and workplace. He also steals his neighbor’s car, for no other reason than to look cool in a chase sequence. These are just off the top of my head; I’m sure there are more.

Characteristic of badly written films, it also adds and removes characters without any concern. You’d expect Hutch’s family to get involved in some way, but he conveniently (and sensibly) ships them off to a safe location. Things going exactly as per plan does not usually make for good entertainment. Plus we never see the family again, so the movie basically makes fools out of the audience for relating to them. Towards the end Hutch’s old friend and father jump into action, guns blazing, out of nowhere. We do hear his friend’s voice a couple of times, but expecting the audience to fill-in a nice and significant history for both Hutch’s father and friend is just more evidence of the film’s laziness.

Hutch engages in all the madness just because he is looking for an excuse to retake control of his life. His wife and children do not respect him. We also see no real change in Odenkirk’s character at all, except for him breaking out of retirement early in the film. The primary conflict of the film is then produced in a purely incidental manner. Unfortunately, it does not put in the requisite effort to escalate it effectively. Finally, the film ends in an all-out blitz, implying that he’s broken free from his placid domestication and is happy to be back fighting bullies. Although, why he would willingly subject himself to domestic life is never explored, so all we see is a man going crazy.

Nobody obviously aspires to be a John Wick style film (which is already a pretty low bar). It achieves that by making similar mistakes as John Wick did. Fortunately it is a short one, so you don’t get bored for too long.