Released in 2019, I hadn’t realized that Anna was a Luc Besson film. In hindsight, it’s very obvious that this film is a result of the same mind that was responsible for Taken. 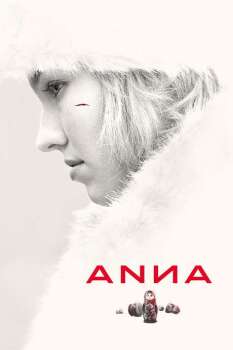 Anna has a pretty shitty life in Russia, before she is recruited by the KGB. She is put through rigorous training before being sent to Paris as an undercover assassin. After carrying out a few assassinations, she is caught by the CIA which also operates in Paris. She agrees to become a double agent and assassinate the head of the KGB, in exchange for retirement to Hawaii. Things seem to get trickier when the assassination succeeds, but she is unable to escape with the CIA. Towards the end she must coordinate a deal for her freedom from both the KGB and the CIA, in exchange for the information she stole.

Anna’s consistent motive is wanting to escape a life under control, to one that she can dictate for herself. Initially it’s her abusive husband/boyfriend, after which is the KGB and then the CIA. There is always someone or the other who is dictating her actions, and we can see her constant attempts to find some respite, possibly through love. At first, she dates the KGB officer who rescued her, then starts a casual relationship with a fashion model while undercover and then also gets involved with her CIA handler. All of whom are completely smitten with her supposed charm, and vie for her attention. Towards the end, she gives up all these relationships for true freedom that she values a lot more.

Everyone is always talking about how awesome Anna is at her job, but we see minor evidence of it. Anna’s performance in most of her engagements is pretty average, sometimes bordering on catastrophic failure. She often resorts to beating the crap out of everyone, without a hint of subtlety. Even the bit where Anna forgets to check her equipment before trying to kill a bossman is a failure both in the movie’s terms and from the audience’s perspective.

The problem with the film is with its time lining. We experience the entire movie from Anna’s perspective, but most of the plot twists and turning points are also always known to Anna, since she experiences them first hand. Because of its inability to build tension in a genuine fashion, the film resorts to shifting time back-and-forth, often only to explain some of the events that have transpired. This intentional hiding of the plot from the audience, seemingly in lieu of suspense becomes old really fast, and is the reason why none of twists really pack a punch and feel powerless. Fortunately, the film still keeps all this flashback exposition bearable by ensuring that it happens for one of the many supporting characters, which has further bearing on the plot.

The screenplay could’ve been refactored to make the film work better, since it gets all the remaining fighting and acting mostly right. A few aspects of the story are amusing enough to make you not leave, so the film definitely had more potential. Anna’s character has a solid motivation to do, which is something that a lot of movies miss out on, or botch badly.

Effectively, Anna is another average addition to the double-agent assassin genre. If you watch movies purely for the action, you will enjoy this; otherwise feel free to skip.