Consul has a couple configuration options that allow operators to configure the behaviour when the agent is asked to shut down. Understanding these is important for predictable cluster operation.

A Consul cluster must maintain quorum at all times for continued availability. What this means is that at least n+1/2 number of consul agents running in -server mode1 must be healthy in a given cluster to continue serving raft requests. Agents running in non-server mode can usually leave and join the cluster as they please, affecting only registered services and health checks for the node they represent.

All this is fine if a cluster is healthy, but not when performing a consul version upgrade or swapping existing nodes with new ones. In such cases, ensuring that old servers and clients leave the cluster in a way that results in the minimum amount of disruption is critical.

Performing a graceful “leave” causes the agent to explicitly report to the other nodes that it is planning to shut down. This prevents other nodes from marking the agent as “failed”, when they’re unable to reach it. In comparison, ungraceful leaves are functionally indistinguishable from real failures. The agent is marked as “failed”, as soon as it is unreachable by the cluster. 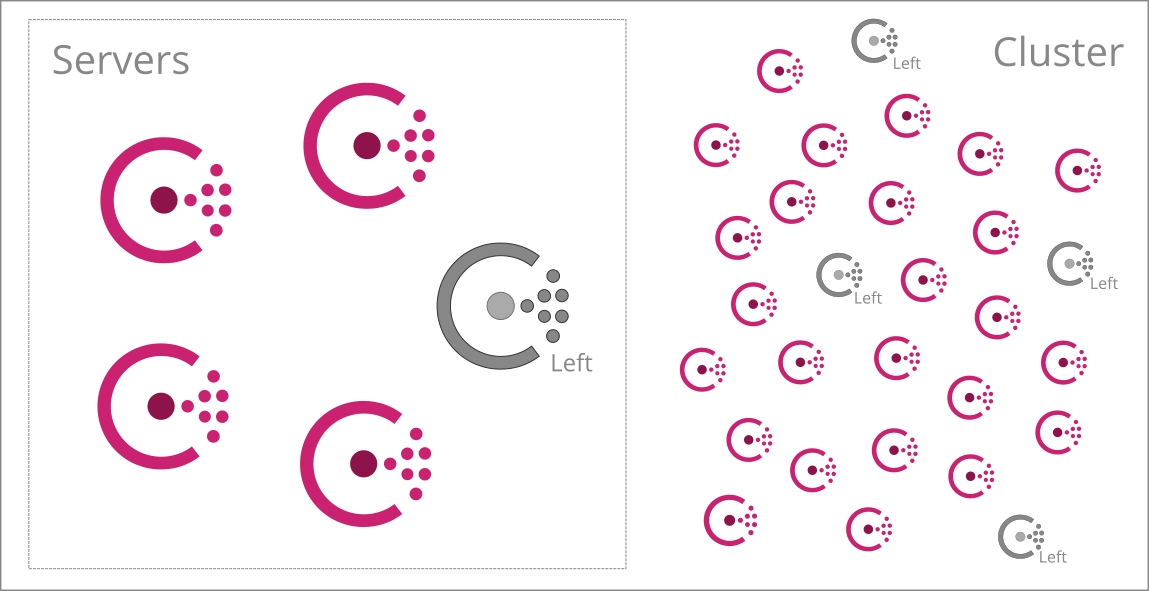 There are additional implications of “leaving” a cluster depending on whether the agent is running as a client or a server:

Determinism over the leave behaviour is vital when operating a cluster. To configure this, Consul allows specifying behaviour for the various kill signals with two configuration options.

leave_on_terminate configures leave behaviour for the TERM or “terminate” signal.

skip_leave_on_interrupt configures behaviour for the INT or “interrupt” signal. This one has negated naming2 so we need to be careful when configuring this one.

The nature of the defaults can be explained by understanding what would happen if both the configuration variables are not specified:

Usually, leave_on_terminate does not need changing.

For servers, skip_leave_on_interrupt has some edge cases to keep in mind. Setting it to true is vital when bringing in new servers with distinct node IDs from the existing ones. A gracefully leaving server ensures that the cluster will not lose quorum, as long as there are enough remaining healthy servers.

When running consul on Kubernetes, the defaults should just work for most use cases. Both skip_leave_on_interrupt and leave_on_terminate cannot be configured using the consul command line arguments and thus require more complicated setups in immutable environments.

When using systemd to manage the consul agent process, the KillSignal parameter can be used to terminate the consul process. If not specified, systemd will default to TERM. This can be handy when the configuration for the consul process cannot be changed, for some reason.

Ensuring no outages when upgrading consul versions or removing servers is super important, especially when usually there is only a single consul cluster per datacenter. While the defaults are good, the naming is very confusing which can cause confusion when interacting with this the first time. Configuring them explicitly with proper documentation is often a good idea for posterity.