For the uninitiated, this can be a very eye-opening read. For others, it is an amusing treatment that spends quite some time establishing theories. I belong to the former category and I concede that this book made me look more closely at the caste system in India; something that I’d managed to ignore for quite some time now. 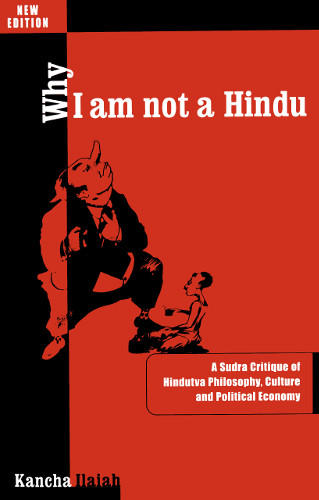 Being born in a Brahmin family that enforces little of the Brahmin dogma, I have been shielded from the caste system. It seemed like a non-issue to me, something that only existed in the history textbooks. I did not think much of it because its effect on my life seemed non-existent. As I grew up, I slowly started to see through the veil; the problem kept peeking at me from various angles throughout my teenage years. I gradually came to the realization that the caste system is well alive and kicking.

As it turns out, caste is a much bigger deal. For me, it became apparent when I started vaguely following politics. Reservations, vote banks, caste-specific candidates and numerous other concepts make you realize that caste has a much larger effect than can be comprehended at an early age. It now seems like an inseparable part of Indian culture.

People identify themselves with a caste. You cannot expect people to simply forget that they belong to a caste, as I had naively asssumed when I convinced myself that the best solution would be to simply ban any and all mentions of caste. In reality you cannot simply go about invalidating concepts that have structured society for millenia, however imbalanced they may be.

Even then, I continued to ignore investigating the caste system partly because I feared that I would offend people. I was clueless when some of my friends mentioned their caste and where it stood in the archaic hierarchy. I felt that learning more about the Indian caste system was useless as it would only teach me how to discriminate. Evidently, this could not be farther from the truth.

The book made me realize that knowing more about the Indian caste system is key to finding a solution to the problem of caste. Understanding how the different castes are structured and how skill specialization plays a major role in imbibing a people’s culture. Simply deleting this intrinsic property from a culture is clearly not an option. The degree to which caste and occupation are intertwined is abundantly conveyed when textbooks mention “a person belongs to his parent’s caste” and that “caste determines a person’s occupation”. It can then be derived that: “a person belongs to his parent’s occupation”. Essentially, it is a causal loop.

Given all this, I understand the author’s intention of dalitizing the country against hinduizing it. I can see why he wants people to relate to their skills and preferably those which are productive in nature. In that specific definition, dalitizing the country is a good idea. And I think it is already happening to a certain extent, not in the same name but in the same spirit, specifically without the intervention of caste. Now at least in urban areas, people understand the importance of developing a specific skill set and using it to advance humankind as a whole. There are skill development centers, awareness development initiatives, career counsellors and various other efforts to figure out what a person really likes to do regardless of his caste. Even though these approaches may not be perfect and may not be entirely accessible to everybody due to economic, social and other reasons, it is a step in the right direction.

I believe that the complete isolation of caste and profession is a goal that we should strive for. I agree that being a brahmin I might have a much easier time envisioning and achieving this goal, but I still think it is something that everybody deserves.

Throughout the book, the author draws up theories especially related to historical and mythological events and how they lead to up to the current situation. I don’t have a problem with him attacking the validity of the various Hindu epics but I feel that more evidence in that space is only going to help his case. As the author mentions, collecting centuries of data that has primarily remained alive via orature is going to be a monumental task. But it is a worthwhile effort and is probably not happening at a good enough pace.

Having said all the above, I think one should keep the author’s bias in mind when examining the claims made in the book.