This is Quentin Tarantino’s eighth film. He describes the film as: “Just a bunch of nefarious guys in a room, all telling backstories that may or may not be true. Trap those guys together in a room with a blizzard outside, give them guns, and see what happens.” And trust me; that’s exactly what happens. Things are bound to get nasty. 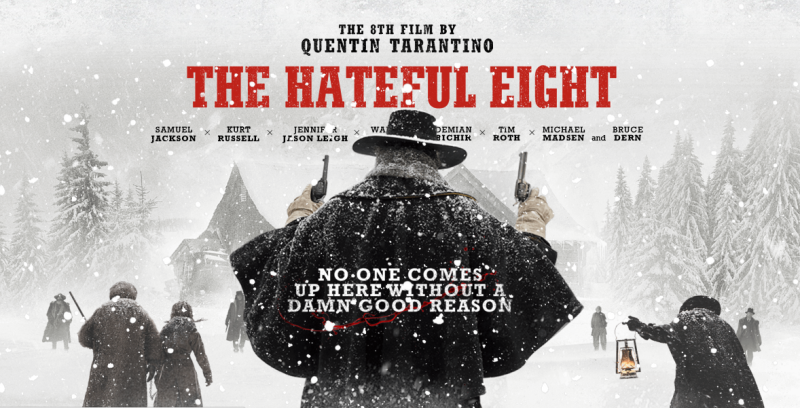 Having seen most of his previous films, I find this one to be not much different in style. All the signature Tarantino tropes exist:

All the main characters are pretty hateful and rightly justify the title. It is also my observation that the more hateful you are, the longer you tend to stay alive in the film. All the kind and innocent people are the first ones to die. This may be a subtle jab at the state of the real world.

Some of the important plot points are the lies that everyone tells. The audience has a feast of a time trying to tell who is lying and who isn’t. Every character comes up with a backstory of questionable plausibility; adding to the game of deduction. 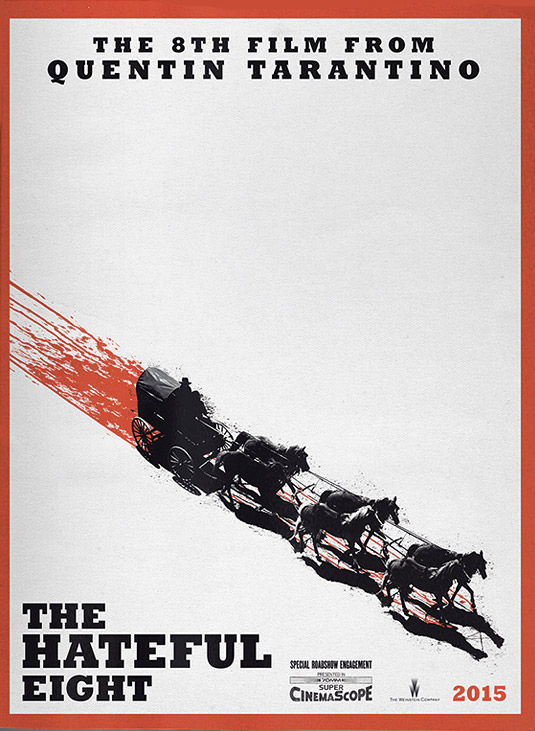 It seems Tarantino also hasn’t lost his taste for blood and gore as the movie spares nothing in that department. Consequently the Indian censor board has had a helluva time with the scissor, deleting scenes amounting to a full minute and 34 seconds.

If I recall correctly, this is also the first Tarantino movie that briefly uses a voiceover narrative in the middle of the film to explain the flashback. This seems to be his first film that explicitly narrates to the audience what is up. The narration is performed by Tarantino himself.

In the beginning, Warren and Mannix almost come to blows over their opposite sides in the Civil War, but by the end of the film the circumstances have forced them to cover each other’s back. This is an interesting alliance that develops with the story. 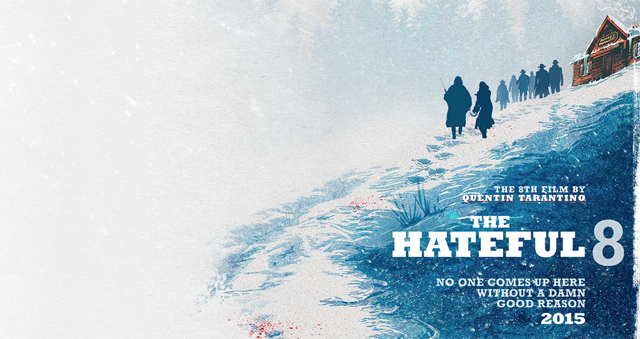 Guns play a major role in the film. Hell, guns are the reason the movie is what it is. Everybody has atleast one gun. It clearly depicts how America’s obsession with guns is not something new.

This is a Western film, so make sure you have a general idea of American history otherwise you’ll be lost. You also have eight different people with varying accents which can make understanding dialogues a bit difficult.

The movie may feel a bit drab to people who are not into character-driven films and may leave the viewer wanting for more.