Suicide Squad is a menagerie of not-so-covert convicted criminals, who have been tamed to fight other criminals because it is such a good idea. It runs on the belief that two wrongs can make a right. A character literally says that defeating the villain will remove 10 years off their sentences. The movie takes place after Superman is (not?) dead and Batman is in the process of forming Justice League. 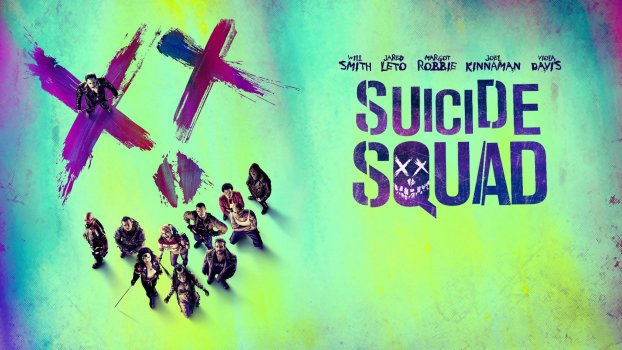 The movie has an arcade-y feel in the beginning, which I am totally cool with. But then they completely forget about it after the first five minutes which just makes it look like a gimmick. In keeping with its inconsistency, it plays fast and loose with character introductions, only formally introducing about four of the eight members of the squad. The others are then added and removed on an ad-hoc basis, leaving you to decipher what just happened.

make it and then break it

Early in the movie, I really liked the new rendition of Harley Quinn and the Joker. It is exactly the kind of madness that I had hoped for when you have Harley at the helm. However, it soon devolves into a quest for frequent cheesy punchlines and depressingly slapstick combat. I feel that some of the characters really have potential which is marred by the demand for incessant jokes and one liners.

I couldn’t believe myself when I heard the rest of the audience providing a perfectly timed laugh track at the sad attempt at mirth. It almost felt like it was peer-pressure on their part. Some of the other parts which were unintentionally funny were simply lost on the audience. For example: the part where the squad walks in unison to the final battle with the (poorly named) enchantress, complete with their heads bobbing in an almost self-parodying fashion.

Harley runs away with the Joker but when he (supposedly) dies in a helicopter crash, she comes back to the squad without ANY repercussions. This act alone should’ve been enough reason to blow her head off, but she faces literally no flak for it.

The bar scene where everybody gives up, is a miserably poor and transparent attempt at character development. You know the movie is not right in the head, when Harley Quinn starts talking sense.

The movie often guides the audience into plotholes that it then conveniently ignores. The feeble attempt at a twist confuses the audience more than it advances the plot.

Even a five year old could’ve predicted that Slipknot was going to die given the way he was unceremoniously placed. He would’ve gone otherwise unnoticed had it not been for the embarrasingly transparent demonstration of the mechanism used to keep the squad under control.

The solitary point that I will give this movie is for creating this version of Harley and the Joker. I hope this spawns some good fan art and fiction out there that does the character justice it deserves.