As is evident from the poster, the movie is a full sixty-nine minutes of sex and rock-n-roll music. It looks like an art film of sorts, where the focal point is the sexual relationship between a man and a woman and their shared enthusiasm for attending rock music concerts. 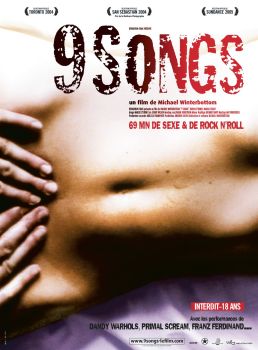 It has no issues in showing the intimate sexual moments of both the lead characters without the slightest hint of censorship. When the two are not having sex, they’re either enjoying the loud music inside a dim neon lit concert hall or it is just Him describing his memories of Her. He recounts his experiences with her as he wistfully looks at and describes the vast Antarctic landscape.

There are some awkward attempts to fit in His monologues about the Antarctic and nature in general. But when compared against the other sexual content, it hardly registers any impact.

The sex is great because obvious reasons; everything else not so much.