Justice League follows Batman v. Superman: Dawn of Justice, both in terms of storyline as well as showing the audiences how badly a movie can fail if you try really hard. Essentially, a terrible film which repeats the same mistakes, and just makes me further compare DC to Marvel cinemas. 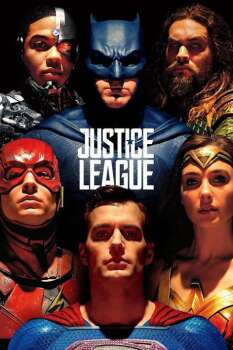 The film revolves around a Thanos-like creature called Steppenwolf, whose goal is to obtain all three ‘Mother Boxes’. He is homesick and wants to terraform the earth to look more like his own world, using the combined power of these boxes. He manages to steal two of them, one from Wonder Woman’s island and another from Aquaman’s undersea fortress. Clearly, both of them underestimated the competence of their enemies. Meanwhile, Batman and Wonder Woman are like, we should form a team to stop this bad guy and call it ‘Justice League’. Since Superman kinda died towards the end of the last film, they decide to revive him using the one remaining box and succeed. Superman has a dangerous but brief, memory loss after which the heroes come together and defeat the villain.

Initially, we see Aquaman reject Bruce’s invitation to join the League. We’re led to believe that the film’s primary source of conflict is going to be these superheroes with big egos having to learn to work together. But once the villain steals his box, Aquaman conveniently accepts and resorts only to the occasional sassy comment. After this encounter we’re finishing the first act, and we still don’t know what the real conflict of the film is going to be. We see a glimmer of hope when Batman pushes for using the remaining Mother Box to revive Superman. Wonder Woman gives a passionate speech on why it is a bad idea, and that they should look for other options. Unfortunately, they simply talk it out for an hour or so before deciding to do it anyway. So clearly, the question of Superman’s revival is not what the story will be about. Once Superman is alive and kicking, he seems to have lost all his memory and starts attacking everyone! We’re treated to small scuffle between the heroes and are thinking that maybe Superman will be the real villain! But even that is taken away from us, when he is sedated by the presence of Lois Lane; which kills another very powerful source of tension. This constant deflation of any potential conflict is the fundamental issue with the film. It pathologically shifts its focus, without giving it any real chance to develop and causing the narrative to become blander with each switch.

What strikes me as the most absurd is how they managed to also repeat the exact same mistake from the previous film, down to the last detail. Steppenwolf, like the ‘abomination’, has very little character. Most of his dialogue is just talking either about or to the boxes, or maybe making random quips while battling the heroes. He is basically the same old overpowered brute who cannot be stopped without the help of Superman. In a particularly sad case of predictable events: all the heroes coming together is not enough to defeat this big baddie, and only when Superman arrives as a god, are things swiftly brought under control.

There’s other minor plot details that are not as problematic, but still stand out somewhat. It’s not hard to see through the film’s attempts to create a rapport between the Flash and the Batman, similar to what Marvel achieved with the Spiderman and Iron Man in Civil War. While there’s nothing wrong with trying to do that, it is the other failures which exacerbate the gimmicky-ness of this relationship. Then there’s the completely random plot elements like the man in the suit, who greets Wonder Woman in the beginning of the film. The movie also infrequently uses the perspective of a small Russian rural family, to show us Steppenwolf’s lair, but even that is inconsequential, given its relevance to the plot.

With an absurdly severe issues and an equally problematic production history, I sometimes think that Warner Bros ought to simply put down the existing characters and lay low for a while. Don’t watch Justice League, even if you really like superhero movies.